Finishing That Run Was Tough, Emotional, Challenging and Motivating

June 01, 2012
In the last post, I wrote about preparing for Glass City Half Marathon and in this post I would like to update on how it went for me.  Quick answer: It was awesome.  When I was training for it I wasn't sure whether I will be able to do it or not, so I didn't registered for Half Marathon.  I wanted to see whether I could meet my training goals or not and then register.  Well I waited too long to register so Half Marathon was closed for registration and I had to settle for a 5K for Toledo.  But on the same day I registered for Capital City Half Marathon which was held in Columbus, Ohio on May 5th, 2012.

When I started training it was winter and very cold outside so I was running on a treadmill and always kept running on a it until 5k.  But there are no treadmills when you go outside so nothing can match training on ground.  The 5k acted just like a training battle ground for my half.  Which is what everyone does but I figured it out later.  I found that I was running faster on ground than I was running on a treadmill.  Also I found that I could have forced myself little bit more while training.  Anyways 5K went very nice as expected.  My take is even if you are trained for half the distance of your race, I think you can finish the race by the number of people running with you on race day and people cheering for you. Note: Not applicable for mile run greater than 13.1 and please do appropriate training for that.

After 4 months of training finally the big day came and I was there standing among some 13,000 people in red and some white T-shirts all excited.  It was a no-excuse weather for a half marathon and one couldn't have asked for any better than that.  There were about 18 to 19 DJs and some local bands performing along the course of  13.1 mile to keep you on track motivated.  Now something about the race.  I started slower than I usually run and there were lots of people walking so I didn't mind slowing down.  Initially you would think how can one finish 13.1 mile walking but it turns out that you can do it just in time if you walk at an average speed of 3.6 to 4.0 mph.

I want to tell you before you make any assumptions that I am a very slow runner and I never wanted to break the record.  I just wanted to finish the race that day.  Until mile 6 everything was fine and great, I was happy and full of enthusiasm but in the middle of mile 6 a slow pain started in my left leg knee.  And it only got worse from there.  And from 6.0 to 13.1 it was just PAIN.  So why pain? No I am not getting older.  Aah! I remember why.  Earlier in my life about in year 1999, I had an accident in which I broke my fibia and tibula bones of my left leg.  Who knew those years were called teenage years for a reason.  So my amazing orthopedic doctor decided to fix it with a steel rod and leave it there for 2 years so that those lonely bones could heal on their own except two years later I would broke them again.  The steel rod ran from knee making its way to the ankle.  The doctor finally got it out after 3 years or so.  Thanks Doc. Anyways that incident still bothers me and I can tell you that things down there are not the same any more.

At mile 9, I was in sheer pain and the irony was that it was paining so much that I could run but not walk and it would pain more walking then running.  Yes men do cry.  I don't know why but I was getting emotional having mixed feelings of my pain, my run, training I had done before, the people around me and lots of things (lets not get into those).  Anyways I felt terrible about the feeling of quitting even before I started the race so after this pain thingy I am reassessing my situation from my legs' point of view.  But anyways I decided to give it a shot and go all the way through.  The pain went bad at mile 10.5 and I stopped running and started to walk.  And then slowly but I was able to finish the race with mixed feelings.  Some people who were walking were able to finish faster than me and at the end I don't care about it.

But if you want to experience something in life then give it a shot.  Try running a 5k and then 13.1 mile.  Don't focus on speed, just focus on finishing it first and then go for consistency and then speed.  Can you beat that sound speed?  I am just kidding. You will see some best motivating people on the way whom you don't know.  Especially kids carrying posters and cheering you.  And in this quest you will make some good friends and learn a thing or two about yourself and people around you.  I know one thing that if I can finish it with pain then you can surely do it.  Give it a try!!.

My key takeaways are as follows:

Best of luck if you are running one.

How do you earn trust?

August 02, 2010
"Trust is hard earned and easily lost"  said Jeff Bezos on Charlie Rose in a recent interview .  So what is the trick to earn trust from people.   " Make a hard promise and Keep it ."  Jeff Bezos is the founder of the internet giant retailer - Amazon.com
Find More Ideas

Some projects last for a long period of time and lots of meetings are conducted to get the project done.  During those meetings lots of things are discussed.  Lots of decisions are being made and responsibilities being assigned.  At the same time not everything that was important gets accomplished.  It is because other priorities took over and that one thing which was important never got done.  And nobody bothered to revisit it. I think these things should be addressed before a meeting is even scheduled and agenda being formed.  This is a checklist of things that need to be done for past, present and future meetings.   This will make sure that we are in the control of the project.  I see past, present and future meetings’ to-do lists as color coded items.  It helps me in realizing the importance of each of them.  Please make sure about the following things for every meeting we schedule. Previous meetings ( Green ) Run through a checklist from last meeting about things that need
Find More Ideas 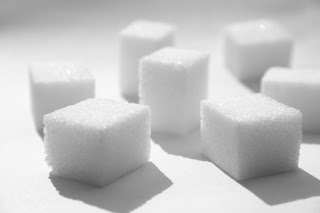 Sugar a symbol of status ! Really !   In the seventeenth century sugar was an item of luxury and it was considered as a status symbol.   It was very expensive item and of course the technology didn't existed to mass produce sugar from sugar cane. Suddenly they started producing more and more sugar flooding the market.  So prices decreased.  And sugar was added to everything into coffee, tea, dairy products etc.  It was turned into a necessity.   I was surprised to read this and you should read this   Sugar turned into a necessity . For more people to consume sugar they started promoting benefits of sugar.  Middle class also started consuming because a luxury item then was now affordable and they started consuming sugar like anything. Coming back to 2010 if you just walk into a super market you will see thousands of products which have ample of sugar.  It is enough to make you diabetic.  Guys any second guesses to why obesity and diabetes is increasing in 21st century than b
Find More Ideas